“SVH helped heal my leg and get me back on my feet.” - Thomas Pratt

While working on a deck improvement project, Thomas Pratt fell through the deck’s old floor and experienced a deep gash in his leg. He quickly received emergency care at an ER in Santa Rosa near where he lives, but two weeks later he found that the wound was not healing properly.

He was referred to a Santa Rosa wound care clinic, but learned it had a seven week waiting list and Thomas knew he needed to have his injury looked at sooner because he was having trouble walking. Asking around, he learned that Sonoma Valley Hospital had an excellent wound care clinic and there was no waiting list, so he booked an appointment.

When he arrived for his first appointment, Joseph Cornett, RN, WCC, examined the area closely. Thomas appreciated the careful explanation that Joe provided as to why the wound was not healing, and what steps were needed to stabilize the area to begin the healing process.

In the beginning, Thomas needed to come in for treatment three times a week, but as the wound began to heal, his visits became less frequent. Eventually the wound closed and Thomas, to his delight, was again able to place his full weight on that leg.

“I really appreciate the great care I received at Sonoma Valley Hospital,” Thomas said. “Joe was careful to explain the healing process and review the home care procedures needed between visits. He answered all my questions, no matter how crazy they may have seemed. Joe was just great.” 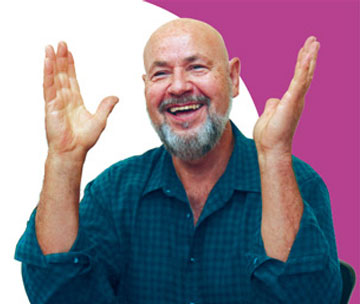